Cat in The Courtroom: Do Pets Have A Place in A Custody Battle? 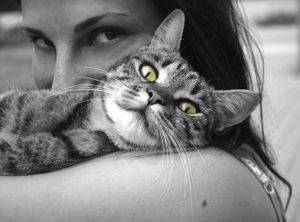 With pets in modern society being treated as family members, or in some extreme cases, like children, it’s no surprise that furry friends have made their way into the courtroom, or at the very least, into their owners’ divorce agreements. While it seems a little odd, custody issues involving pets, specifically dogs, was actually a popular concern in recent years. But according to a recent study by AAML, this trend seems to be decreasing, with at least 30% of questioned attorneys saying that they’ve seen fewer cases including pets coming through their doors (https://www.aaml.org/about-the-academy/press/press-releases/pet-custody-disputes-are-getting-leashed-say-nation’s-top-mat). One has to question whether or not pets really deserve a place in a divorce trial, and really, the answer lies somewhere in the details of each circumstance.

For couples going through a divorce and determining custody arrangements for their children, the family pet likely won’t be at the forefront of anyone’s mind. In the majority of these cases, the family pet(s) would either stay at their current residence if that arrangement suits everyone, OR they would be placed in whichever home has primary custody of the children. Exceptions to this are if one spouse or the other specifically requests the pet(s) or wish to make alternative arrangements regarding the animals in their family.

A whole different scenario though is when a pet is considered the couple’s “child”. Oftentimes, these types of pets have had lots of financial resources, time, and energy put into them and they are not only loved by both parties, but also invested in heavily by each spouse. If the pet was purchased when the couple was already married, then it can’t be considered as belonging to one or the other, and therefore must be placed in with the rest of the possessions and assets that will be divided out in the divorce agreement. In most of these cases, the pet will essentially be part of a “custody” arrangement decided upon by the couple, and will be shared back and forth between them, much like children.

There is a popular choice now for adding pets into prenuptial contracts as an asset, which means the issues surrounding ownership and rights to the animal(s) are predetermined before a couple even marries. If they purchase a pet after their prenup has been created, they can have it modified to have the pet(s) added in and protect them against any disputes in the event of a divorce or separation.

At Sessums Law Group, we are experienced with divorce proceedings and custody arrangements of all kinds, so you know you can trust us to make sure you’re taken care of. WE STAND FOR YOU, and when needed, your pet too!

By Mark Sessums | Published April 24, 2017 | Posted in Divorce, Family law | Tagged Animal Custody, dogs custody, pets custody, prenuptial agreements | Comments Off on Cat in The Courtroom: Do Pets Have A Place in A Custody Battle?