Aftermath of Irma: How Hurricanes Affect Our Roadways 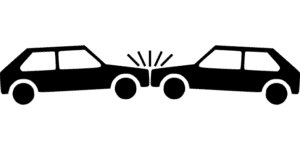 This week, Florida was hit by one of the biggest hurricanes in history, and no one in the Sunshine State was left untouched by Irma’s wrath. Here in the Tampa Bay area, and in our Lakeland community, we were hit hard by heavy rains, severe wind, and in many places, flooding. While we didn’t get the amount of destruction and devastation our southern neighbors are left with, we still have a significant cleanup and rebuilding process ahead of us. While we are pondering Hurricane Irma though, we have noticed a few things about how she affected our roadways that are worth mentioning, and should be noted if, and when, you have to prepare for future storms:

When accidents do happen, Tampa Bay area residents know that Sessums Law Group is here and ready to help. While we were all expecting Hurricane Irma, you likely weren’t expecting a resulting accident and its consequences. Remember, when the unexpected happens, WE STAND FOR YOU!

By Mark Sessums | Published September 18, 2017 | Posted in Accident, Auto accident, Personal Injury | Comments Off on Aftermath of Irma: How Hurricanes Affect Our Roadways