It Takes More Than A Helmet: Protecting Bicyclists in the Tampa Bay Area 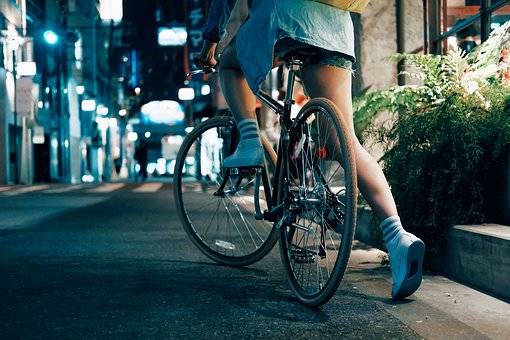 Tampa is full of traffic, that’s no secret, but not all of that traffic is comprised of motorists, commercial vehicles, or busses. We have a significant number of bicyclists in our area as well, and the number is rising with more apartment buildings popping up, and employees living within a reasonable distance of their job. The trendy slogan popping up in Downtown Tampa is “Live more…drive less.” Whether for financial savings, because the cyclist wants to “go green,” or because parking is just too much of a burden to bear, but those who opt for a bike instead of a vehicle are at greater risk of injury. During the rush hour in the morning or the evening commute, drivers are failing to drive with caution and respect all people on the roads, regardless of the number of wheels.

While bicyclists do, generally, face more risk on the roads regardless of where they live and work, certain areas here in Tampa are more dangerous than others for those on two wheels. Intersections where multiple accidents have occurred are being looked at by Hillsborough County’s Tampa Bay Times, and the results might surprise you.  The top 5 intersections to avoid if you’re a bicyclist (or drive through with the utmost attention and care if you’re in a larger vehicle) are:

This is just a sampling of the high-risk intersections in Tampa Bay, and unfortunately, intersections aren’t the only dangerous portions of our roads according to the study. Other sections of road, such as the 5-mile run between Busch and 7th Ave. (Ybor City) have had over 80 bicycle accidents since 2011, two of which were fatal for the bicyclist involved. Areas like this could, in theory, benefit from bicycle lanes but that’s not a cure-all. One of the biggest issues faced when problem-solving the bicycle risk management in Tampa and surrounding regions is that the roads in question have been around much longer than the metropolitan structures growing up around them. These former county roads are still used by a mixture of pedestrians, bicyclists, and motorists, but with the city growing up quickly the volume of motorists and traffic has thrown off what used to be a manageable balance and has made traveling the areas in any way other than in a vehicle extremely dangerous. While there is no answer to fully solve the issue, raising awareness and encouraging drivers to be more careful when driving in busy city areas or through intersections around town could go a long way in lessening the amount of accidents involving bicyclists in the coming year and make all Tampa residents feel safer as they head out to work and enjoy our city.

If you or someone you love has been injured while riding a bicycle due to the neglect of another driver, Sessums Law Group is here for you. We are skilled in getting the compensation you deserve following a bike or vehicle accident, and we are proud to serve residents throughout the Tampa and Sarasota areas. When the unexpected comes your way, WE STAND FOR YOU!