Go Hands Free: Why Tampa Bay Drivers Should Be Wary About Phone Use Behind The Wheel 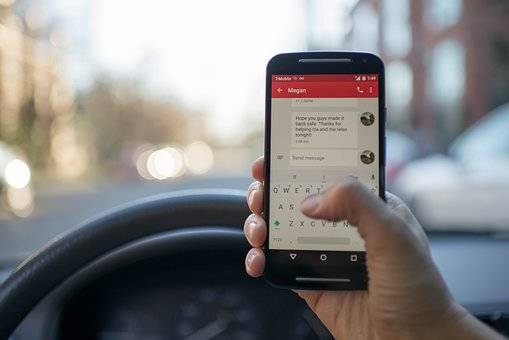 Texting while driving has been labeled as taboo for a long while now. With the increase in the number of accidents caused by cell phone use behind the wheel, it’s understandable why people are infuriated when they see a driver texting, talking, or otherwise typing while driving. However, we’re also keenly aware of just how many people still sneak by with using phones when driving, and apparently, so are Tampa Bay’s police officers.

Up until recently, a driver could only be charged with a citation for texting or talking while driving after they’ve been pulled over for another offense (speeding, failure to stop at a light/stop sign, etc.), but a new law has changed all of that. Florida legislature has now passed a bill that makes texting or talking while driving a primary offense. In other words, talking or texting on your phone while operating a vehicle is enough of a reason for an officer to pull you over and give you a ticket. If you’re one of those who continually test the limits with phone use when behind the wheel, this should make you think twice before you reach for your device. Think you can still sneak by? Not really. If you end up in an accident and phone usage is suspected, lawyers can now request the data information from your wireless device, essentially letting them gain access to the time stamp of when your phone was being used, which can then prove whether or not you were utilizing the device at the time of the accident. The risk of being charged with causing the injury or death of someone else, or risk injuring or killing yourself, is never worth a few minutes of phone usage that could wait until the next stopping point on the road.

We understand though that using your phone for GPS purposes, searching for information, contacting friends/family, etc. is a common need while behind the wheel. Because of this, many companies have not only built voice activated programming into the phones themselves, but a variety of third-party companies are also offering hands-free accessories that let you talk, voice text, and otherwise control your phone without taking your hands off of the wheel. Additionally, vehicle manufactures are recognizing the need for phone use while driving, and many models are cars, trucks, SUVs, etc. are coming straight out of the factory with Bluetooth capabilities, steering wheel controls, and voice command systems that let you sync your phone with your vehicle for a seamless transition between phone usage and driving.

We’ve been keeping an eye on the progression of this bill and are glad that it has passed. Laws like this encourage responsible driving and save lives here on our roads in the Tampa Bay area and throughout Florida. Have you or someone you love been affected by a reckless driver and their lack of concern for others while behind the wheel? Sessums Law Group is here for you. We specialize in legal cases involving traffic accidents, and make it our goal to get the maximum compensation for victims and their families. When the unexpected happens, WE STAND FOR YOU!

By Mark Sessums | Published May 13, 2019 | Posted in Auto accident | Tagged cell phone use and accidents, Florida legislature, primary offense, texting while driving | Comments Off on Go Hands Free: Why Tampa Bay Drivers Should Be Wary About Phone Use Behind The Wheel